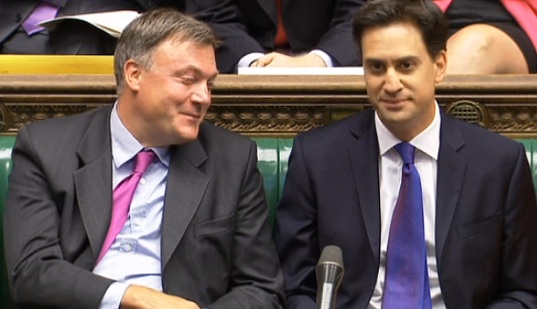 Amongst the deluge of polling ahead of the Labour conference there’s one set of numbers that should really worry the Two Eds – when asked this week by Opinium for the Observer “Who would you say is most responsible for the current state of the UK economy?” 46% said the last Labour government with just 29% saying the coalition government.

A total of 18% said none of these with the balance responding don’t know. Even amongst Labour supporters only 53% say the responsibility lies with the coalition.

The questioning and the figure for the coalition is very similar to the regular YouGov tracker. Where Opinium, top pollster in the London Mayoral election, differs is that it offers fewer options. YouGov offers the choice of “both” whereas Opinium doesn’t.

Given how central the argument over the economy will be in 2015 Labour is going to be in a difficult position if it is still blamed for what happened until 2010.

We see so often how Labour attacks on the economy are blunted by the same response from coalition ministers about what they inherited. It can sound a bit hackneyed but the polling suggests that the message continues to resonate.

To my mind a huge problem for Ed Miliband is the presence of Ed Balls who is so associated with the Brown years. While he remains shadow chancellor it’s going to be hard breaking free from the past as the latest Tory poster campaign suggests. 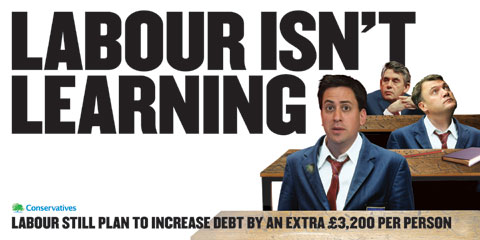 Ed Miliband needs a new shadow chancellor if he’s to break with the past.