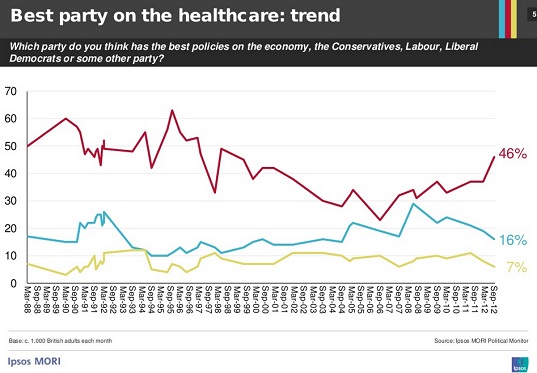 One bit of polling that I missed before the weekend was a special survey from Ipsos-MORI on which party has the best policies on specific areas.

The most striking of the findings, seen in the chart above, was on the NHS which during David Cameron’s time as leader of the Opposition had seen a sharp recovery for his party. Getting over the message that the “NHS was safe” Tory hands was almost the linchpin of the Cameron modernisation with the aim of neutralising it as an issue.