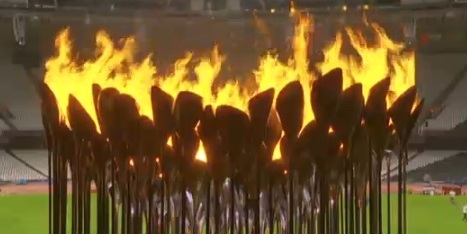 Jacques Rogge is not given to using his Closing Ceremony speech at each Olympic Games to declare them â€˜the best everâ€™, as his predecessor, Juan Antonio Samaranch usually did. Maybe thatâ€™s because he feels it cheapens his office and demeans previous hosts; alternatively, perhaps itâ€™s that Athens 2004 with its organisational problems, and the spectacular but expensive and sterile Beijing 2008 donâ€™t deserve the accolade.

London, on the other hand, maybe does. The locations and the weather have done their bit, as has the quality and imagination of the organisation. The biggest factor though has been the spectators, with the majority of venues packed with enthusiastic, good-natured, open and welcoming spectators. Itâ€™s a tough act to follow.

Follow it Rio will have to do though in 2016 and we ought to expect great things of the first Olympics in South America, in one of the worldâ€™s party capitals. After that comes the next Games to be bid for, the selection for which will take place next September.

As always, the competition between competing cities is intense, with Tokyo looking to host the Games for the second time, and Madrid and Istanbul seeking their first Games â€“ all having previous made unsuccessful bids. Itâ€™s an unusually small field and makes the betting quite close. Tokyo is favourite at 6/5 with several bookmakers, Madrid trails at 2/1 with Coral, while Istanbul lies a little further out at 11/4 with Hills. Are there any pointers as to which way it will go?

Now that the IOC has made significant progress on clearing up its selection process, the main considerations are probably the technical quality of the bids, the attractiveness of the city to sponsors, officials and athletes, and a sense of whose turn it is, or isnâ€™t.

Unlike the FIFA World Cup, thereâ€™s no rule against consecutive hosting in the same continent (Madrid and Prague both bid to follow London), but itâ€™s notable that it hasnâ€™t happened since 1948/52. Even two Games in three is becoming rarer â€“ Athens/London being the first such case for nearly three decades. That may count against Madrid, as may the fact that Spain hosted the 1992 Games. That said, Madrid made the final two in the selection for 2016 (before losing fairly heavily), when such considerations should have been even more against it. By contrast, Turkey (and the Middle-East in general) has never hosted the Games, and Japan hasnâ€™t done so since 1964 â€“ a long time for such a big country.

Although any Games in the Far East or Australasia mean that many events take place at night to viewers in North America and Europe (and Africa), that didnâ€™t seem to adversely affect Sydney (Beijing was a different case from a financial angle), and besides, the Asian market is growing which should mitigate any problems of less valuable media rights and sponsorship for Games in that part of the world. Even so, itâ€™s not ideal for many countries and that may be a small factor in their IOC delegatesâ€™ thinking.

In terms of delivery, Tokyo ought to be the safest bet for the IOC. Even so, I canâ€™t help thinking that Istanbulâ€™s odds are over-priced. Itâ€™s bid for the Games several times before and will (or should) have learned from that, it would take the Games to a new part of the world and its time-zone is good for Europe and adequate for both the Far East and North America. Perhaps the time for the ancient city to host the Games has at last come.