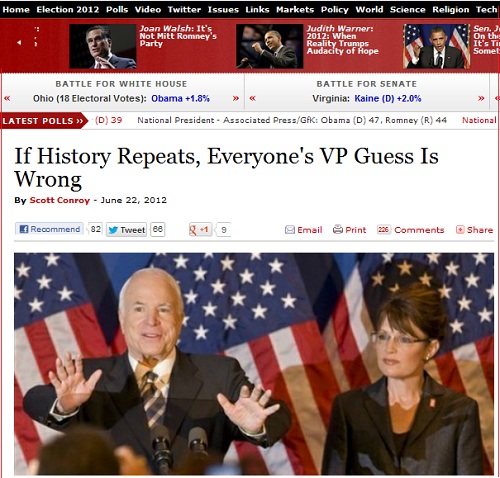 With the Republican nomination settled and the White House election not taking place until November one of the big stories at the moment is who will Romney pick as his running mate.

Betting’s been quite lively with one new name coming into the frame after another. It all seems so logical – Mitt, it is said, might have problems with Hispanic voters hence the “obvious” choice becomes Mario Rubio. Another day and all the attention is on Tim Pawlenty, or Paul Ryan or Mitch Daniels or whoever.

Generally this is prompted by reports that someone is “being vetted” by the Romney campaign – the latest being the charismatic GOP budget specialist, Paul Ryan.

Every four years at this stage I vow not to get involved and every cycle I’ve found it irresistible. This time I’ve been pretty firm in my resolve.

I’ve got just one VP bet – 50/1 against Rand Paul, son of Ron, which I put on in February when suspicions were raised about there being a deal between the Romney and Paul camps. It might still be a winner – who knows?

But if you do feel tempted then take a look at the Real Clear Politics article by Scott Conroy featured above. He makes this acute observation:-

“While every eventual GOP nominee in the last five non-incumbent presidential cycles began the race as a favorite, the same cannot be said of their VP picks, all of whom were initially regarded inside the Beltway echo chamber either as blips on the political radar or not on the screen at all..”

It’s a good read and just reinforces my view – this is a market to keep well away from.