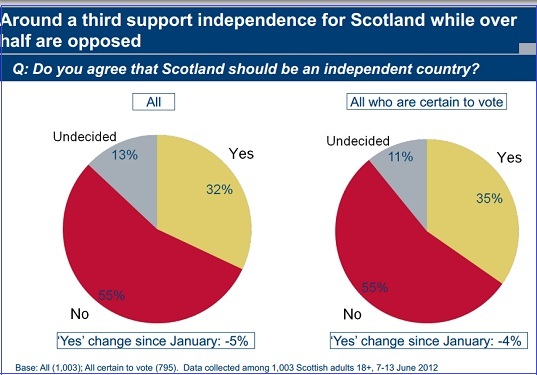 Three weeks into the campaign and NO increases lead

There’s a new telephone poll from MORI of Scottish voters and the results are not encouraging for Alex Salmond or his party in their effort to secure a YES vote in the 2014 Independence referendum.

On top of that the SNP leader sees a decline in his satisfaction ratings although they still remain positive.

These are some of my Tweets.

MORI Scotland: Older voters the most hostile to independence. The retired divide 64% NO to 23% YES

MORI Scotland: Those not working the most enthusiastic for independence. They divide 44%-44% yes-no