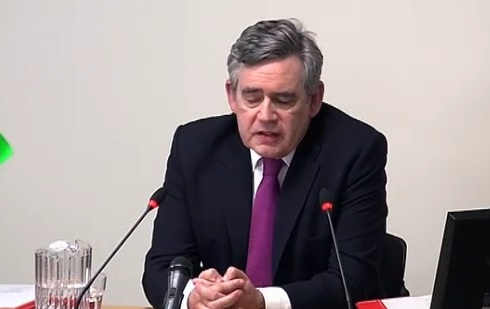 A reminder from five years ago

Today’s appearance before the Leveson inquiry by Gordon Brown is a reminder of what to me was the most appalling mistake in modern politics – the decision by 308 Labour MPs to allow Gordon Brown to be elected leader unopposed in May 2007.

The Brown campaign went to extraordinary lengths to ensure that no other candidate was able to reach the required threshold of nominations to be on the ballot – and so Gordon was elected unopposed.

It was not as though there was overwhelming polling evidence that the chancellor was the man to take his party forward.

In fact it was the reverse as I repeatedly pointed out here at the time. Almost all the polling in the year beforehand underlined that he was an electoral liability not an asset.

Yet somehow Brown and his lieutenants has such a hold on the party that 308 of them signed his nomination papers. Many of them were later to lose their seats.

Today at the inquiry we saw the elements of his character that made him so unattractive electorally – the refusal ever to admit error on anything and his total pettiness.

He also has denied totally the claim by Rupert Murdochâ€™s, made under oath, that Gordon had called him after the Sun had made its dramatic announcement in September 2009 that it was withdrawing support from Labour. So is he accusing Murdoch of perjury?

Whatever you think of the coalition at least it got rid of Gordon.