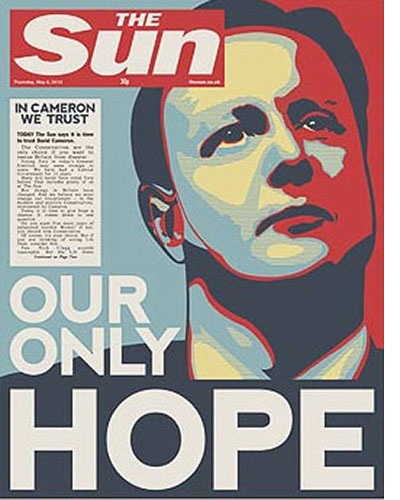 The endorsement that failed to get the Tories a majority

In spite of the backing of the Sun, of course, Dave didn’t win a majority. His party’s national vote share edged up just 3.7% and in spite of winning 100+ seats the Tories fell short. The final divide was the Conservative party 306 to 344 non-Tory seats.

I also wonder whether there would have been the continued media interest in hacking if Andy Coulson had not become the new PM’s media boss when Cameron arrived at Number 10.

For all sides of the “deal” was it worthwhile?