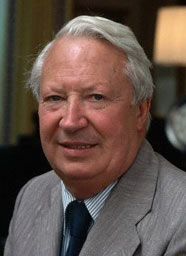 Is the country not yet ready for a 21st century Selsdon Man?

The battering the government took in this weekâ€™s local elections shouldnâ€™t have come as too much of a surprise. The line being defended – those seats last fought in 2008 – was set at the very depths of Labourâ€™s unpopularity in office; the government is taking decisions which are making life harder for many across the country while failing to pin the ultimate blame for them on the inheritance from Labour; and the last two months have been seen any number of PR accidents, policy blunders and ministerial mishaps.

Could there be a deeper reason to the swing to Labour both in the opinion polls and at the ballot box though? Reforming public services is never popular with those who provide them, nor with those who use them to start with, not least because change causes disruption, unfamiliarity and hence a fear of a change for the worse. The NHS bill has been the most obvious example this parliament but itâ€™s not the only one. The same is true of public expenditure: those who lose out see the change far more than those who gain.

If the government is to win public backing for these policies then, it really needs to explain the benefits of them not just in the practical terms of deficit reduction but why they are a force for good. However, perhaps because itâ€™s a coalition government and therefore doesnâ€™t stand on firm ideological foundations, this is one thing it hasnâ€™t done very effectively. Consequently, partly by default, the game is still being played on Labourâ€™s ground whereby spending is by definition a good thing.

The country has been here before.

Forty years before Cameron embarked on leading a government dedicated to rebalancing the economy, rolling out choice in public provision and reducing the client state, Ted Heath launched his own governmentâ€™s programme of modernisation based on the proto-Thatcherite Selsdon manifesto.

That programme failed politically partly because he lost his nerve midterm, partly because the opposition was so severe, but critically because when the chips were down, the public were not yet ready to accept the measures necessary to tackle the nationâ€™s problems. Only the experience of even more instability and failure in the second half of the 1970s would pave the way for the reforms to be made to stick.

So to today. The equivalent problem is the size of the state, both in what it costs and the extent to which it intrudes, distorts and stifles. However, addressing that situation adversely affects many, whether through tax and benefit changes, employment or any number of other interactions and that, when combined with tactical errors by the government, produces easy campaign pickings for Labour. Only by changing the terms of the debate about the stateâ€™s role in society and the economy can the government really win – but it can only do that if it first has its own answer to the question, which given the differing starting points of the two parties is tricky.

The question then is whether, like Heath, the government has started down a path which will lead it to much opposition without the political support needed to successfully counter those opponents and without the philosophical binding force that kept the Thatcher government and parliamentary party together when the going got tough.