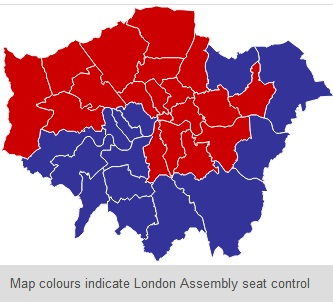 After an extraordinarily long wait which must throw into question the use of counting machine at elections, Boris Johnson has been returned for a second term as Mayor of London.

The battle was much tighter than any of the polls had indicated with the final result being:

There was much speculation in the hours leading up to the announcement about how the second preferences would split. What we saw was that far fewer valid second preferences were cast compared with the overall number of non-top two votes that were apparently available. This is normal and a reminder that people generally over-estimate their impact.

YouGov which had consistently reported the smallest Boris leads ended up as the top pollster by quite some margin.

Its final first preference split had a Boris lead of 5% against an actual 3.7%. Well done to YouGov and I have sent a message of congratulation.

YouGov’s final two prediction of a Boris gap of 6% compared with the actual 3.06% was less good and supports my argument beforehand that none of the pollsters had an effective means of measuring the second preferences that would actually count in the final split.

The map above shows how London split in the elections for the London assembly. The Tories have nine of the 25 places which was a huge relief to the party. The assembly can block the Mayor’s budget but only with a two-thirds majority. Nine seats give the blues just enough to stop that.

As can be seen in the race for third place Brian Paddick being was forced into fourth position ahead of Benita but, importantly, behind Jenny Jones the Green contender.

For the yellows May 3rd 2012 was a total nightmare and this only added to it. Their only comfort in London was that UKIP failed to make the cut for the list assembly seats by 0.5% – the beneficiary being the Lib Dems.