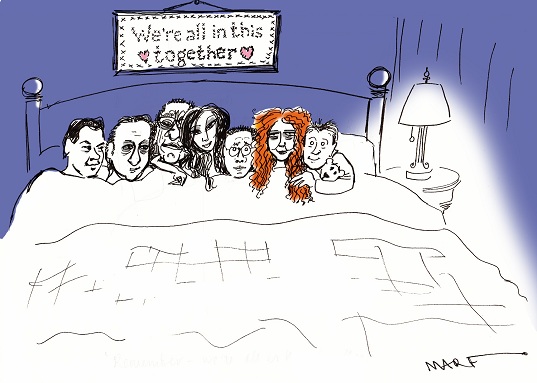 Will it be harder getting Tory voters to the polls?

As I mentioned on the last thread – yesterday I took the day off for my wife’s graduation and a family gathering and in what has become almost a PB tradition all hell let loose with a minister finding himself in deep water. It was the same with the Liam Fox explosion last autumn.

The general theory on fighting elections when a party’s media coverage is so appalling is that supporters become de-motivated and are less inclined to turn out to vote.

That certainly happened in 2009 for Labour and for the Lib Dems in 2010. My guess is that it will be the same for the blues a week tomorrow.

Given that many of next week’s clashes will be Blue-Yellow I’m beginning to wonder whether the Tories could finish with net losses against the Lib Dems. It also offers the prospect for UKIP to make progress at a local council level.

The big hope for the Tories is that “Team Boris” can still hang on in London. A victory there would take some of the sting away. The plus side for him is that mayoral battles are much less about party politics and more a clash of personalities.

Polling update: Due to my absence yesterday we’ve not covered the Ipsos-MORI April political monitor which at 38/35/12 was far better for the Tories than anything else we’ve seen in recent days. The other figures there which I focus on a lot are the leader ratings. 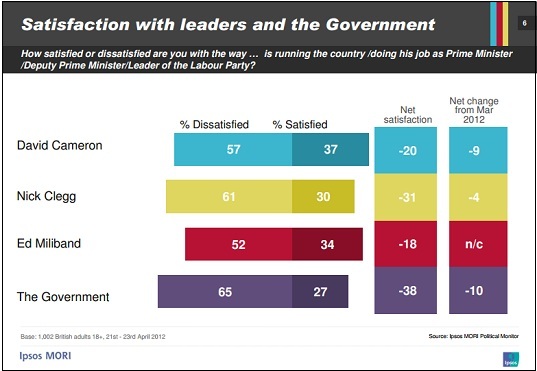 The UKIP share in the MORI telephone poll was unchanged at 4% – half what the online YouGov had for the purples in the latest daily poll.