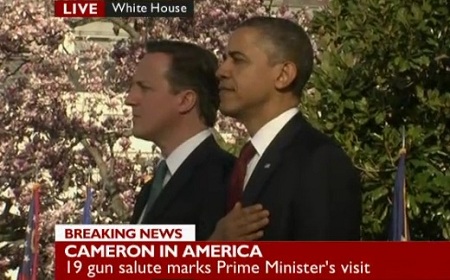 Labour has regained the lead in the ComRes poll for tomorrow’sIndependent on Sunday, shared with theÂ Sunday Mirror.

On next week’s budget those sampled were Â asked if people agreed or disagreed with eight options forÂ George Osborne:

Older people are more likely to agree than younger people â€“ 87% of people aged 55 and over do so compared with 55% of people aged 18-24. Voters for all three main parties show similar levels of support for this.

A majority of Conservative voters (51%)Â disagreeÂ that the 50 per cent tax rate should be abolished, as do 67% of Labour voters and 70% of Lib Dem voters.

The majority of Conservative voters (59%) agree with an annual â€œmansion taxâ€ compared with 66% of Lib Dems, and 72% of Labour voters.

Introduce a minimum income tax rate of around 30 per cent, that everyone should pay, regardless of tax reliefs and schemes to reduce tax liability

Nick Clegg’s proposal for a “tycoon tax” is unpopular with supporters of all parties. Liberal Democrat sources were steering journalists to a level for the “tycoon tax” of between 20 and 30 per cent, so we asked about 30 per cent; presumably respondents did not like it because it is higher than the 20 per cent basic rate and they thought it might hit them.

Continue to pay child benefit to people paying the 40 per cent tax rate (over Â£42,475 a year), rather than cutting it as planned

Cut duty on petrol and diesel before cutting any other taxes

Introduce a minimum price for a unit of alcohol

Supported by 51% of Conservative voters and 56% of Lib Dems.

Another pair of statements on the Budget judgement showed a marked shift in favour of tax cuts since two months ago:

So net support for tax cuts has risen from +4 in February to +18, while support for prioritising debt reduction has fallen from +9 to -13.

I don’t really know what David Cameron stands for

David Cameron is a conviction politician

David Cameron does a good job of representing Britain abroad