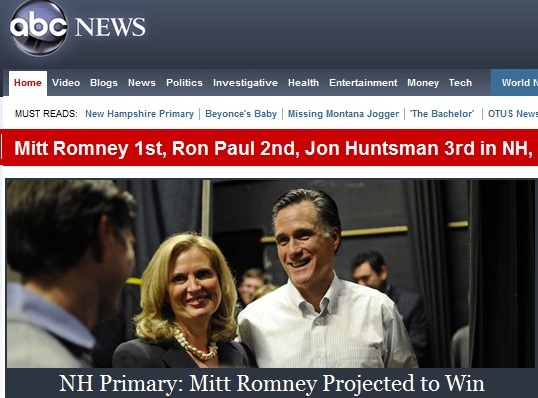 ABC news
Even though it less than half an hour since the polls closed the outcome in New Hampshire is clear – Romney winning by the margins predicted in the final polls with Paul in second place and Huntsman down in third.

Unless there’s a big change as more results come in this must surely mark the end for John Huntsman who appeared to surge in recent days.

Romney will go into to the third state, South Carolina, next week with the score card two wins out of two which will surely give him the momentum to take the state.

It’s hard to see how any other outcome is possible.