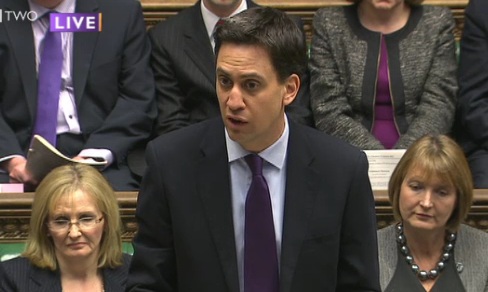 After a period which has brought one negative story after another for Ed Miliband the Labour leader cannot have been looking forward to PMQs.

He got off to a difficult start attacking the government on the rail fare increases which Cameron said was the result of the Labour government’s policies. I don’t know who was right on that one but EdM didn’t come out of the exchange very well. Spats over fact are tricky for the opposition leader and and he needs a better comeback to Cameron’s responses.

I also felt that Cameron rather pulled his punches. He had a pile of material at his disposal but we only got a hint of it.

In a second phase of questions Ed went on to the Scottish independence referendum and came over as statesmanlike and responsible. Cameron reciprocated. Clearly this is an issue that unites the leaders of all the main parties and provides a good platform. Ed took his opportunity and came out well.