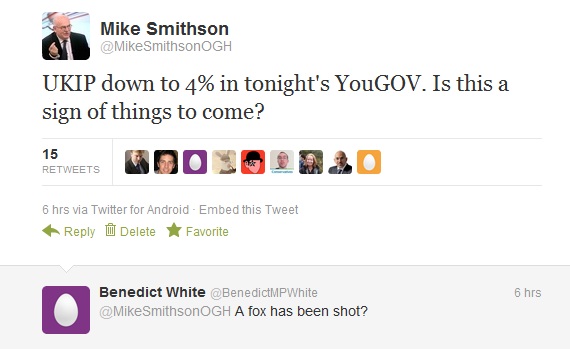 The latest YouGov poll had 39/40/10 with, as seen from my Tweet, UKIP down to 4%. This was the second YouGov poll on the trot to have the gap down to this margin. Also, interestingly the government approval measure saw a move from minus 29 points to just minus 19%.

Clearly it’s early days but so far at least the Tories seem to be getting a big uplift from the events in Brussels early on Friday morning. YouGov’s UKIP share, which only a week or so ago was up at 7%, has now slipped back to 4%.

I wonder how much we’ll see these moves in the Feltham by-election on Thursday.