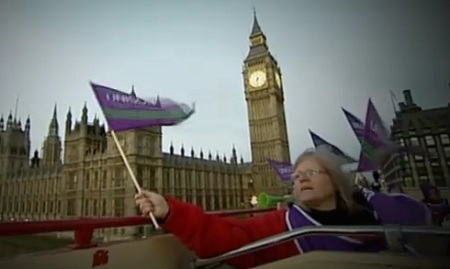 The two big domestic events of the last week were the public sector strikes and the Autumn Statement, both of which were about the governmentâ€™s spending plans. Itâ€™s perhaps surprising then that one part of the Chancellorâ€™s speech hasnâ€™t received more attention. What he said was this:

“I can also announce that we are asking the independent Pay Review Bodies to consider how public sector pay can be made more responsive to local labour markets â€“ and we will ask them to report back by July next year..“

This is a significant step towards creating a more balanced economy in the regions of our country that does not squeeze out the private sector.

While itâ€™s still very early in the process, thereâ€™s little doubt that were public sector pay related to local market conditions, it would imply pay freezes or cuts in some parts of the country, at least for new staff, and more rapid rises in other areas.

There is some logic to that argument. Money is only as good as what it buys. A personâ€™s real pay is not their pounds per year but the quality of life that they can life on it. As such, those who live in high-cost localities effectively earn less than those in lower-cost areas on the same nominal salary (that said, one reason why some of those areas are low cost is because theyâ€™re not very attractive places to live). In addition, with national pay scales, public sector jobs become relatively more attractive in low-wage areas, tending to reduce further the wealth-creating capacity of that local economy; conversely, it becomes difficult for the state to recruit in high-wage areas..

Thatâ€™s the economic argument but for the government, thereâ€™s a strong political case too. Both the Tories and Lib Dems have championed localism as a principle. Aiming at more responsive local labour markets is of that theme.

It may also have the effect of reducing the scope for national strikes like those we saw this week depending on how itâ€™s introduced. The unionsâ€™ preferred option would be not to have it at all but if pushed, it would probably be a complex formula based on something like housing costs, applicable nationally. The alternative â€“ and localist solution â€“ is to devolve decision making to the lowest practicable level: the school, hospital trust, police force for semi/autonomous bodies. What that would do is minimise the scope for national disputes. The central civil service might still have national terms and conditions but many others wouldnâ€™t.

The elephant in the room with any system of local pay is funding. Whether directly or indirectly, Whitehall provides most of the public sector money spent, especially in low-cost areas where Council Tax and Police Precept revenues are lower. Without very substantial reform to local taxes, itâ€™s difficult to see how that can change, yet if it doesnâ€™t it implies the sort of national system Osborne appears to want to get away from.

Cynics will no doubt argue that itâ€™s merely a means to channel money to rich or rural Tory and Lib Dem areas, but cynics would miss the point. It is nice for any party to keep their base happy but there are few marginals in such areas (and those that there are usually donâ€™t involve Labour) so little electoral gain to be had; on that basis, the money would be better targeted at the smaller towns and city suburbs in the Midlands and North. The politics involved operates at a more subtle basis.