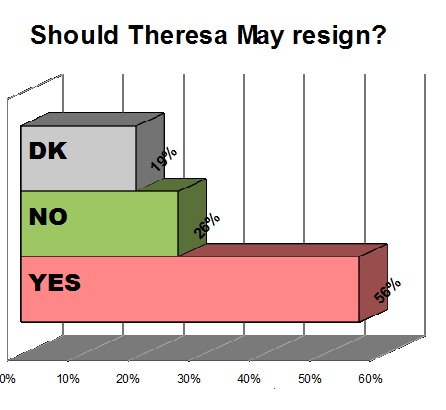 Will this add to the pressure?

Other questions were also not good for Ms May and followed the same broard pattern. . Just 23% thought that she’d be “open and honest” about the issue against 57% who said she hadn’t.

Half those sampled from YouGov’s polling panel, 52% said is was wrong for her to put the blame on civil servants.

So ends a pretty tough week for the Oxford-educated May. Ladbrokes make her the 2nd favourite for the next cabinet exit at 7/2, At the start of the week she was on 16/1.