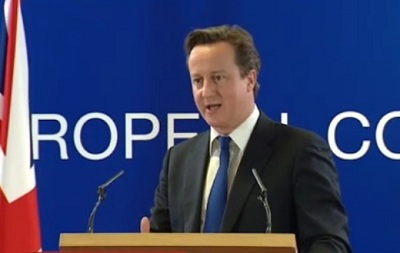 How does the Coalition navigate a new EU treaty?

Considering that domestic matters are the bread and butter of politics, itâ€™s surprising how often foreign affairs play a significant part in their leaving office. Of the last four, Thatcher and Major both failed to navigate divisions over Europe, Blair never recovered from Iraq. The combination of the referendum vote in parliament this week and the possibility of a new treaty to increase the institutional control within the Eurozone should therefore be sounding alarm bells in Downing Street.

Of itself, the referendum vote is the less important. The focus has been on the scale of the rebellion, which was indeed very large, but thatâ€™s just one factor in determining the potential for damage; the others are the depth of division and how long the battles would drag on for. With nowhere much to go and with the overwhelming majority of Conservatives wanting a looser relationship with the EU â€“ the divisions are more over pace and ultimate destination rather than direction of travel â€“ had the vote been an isolated event, it would soon be forgotten.

Even so, itâ€™s probably not coincidental that Labourâ€™s lead has increased this last week. The referendum vote clearly showed a divided party â€“ never a popular thing â€“ and reminded people of the apparently broken promise about the Lisbon Treaty (whatever the truth may have been, what matters is the popular memory).

When the Act establishing the referendum lock was passed, the thinking was presumably that after Lisbon there wouldnâ€™t be a new treaty for years anyway. Rather like the Lisbon referendum â€˜promiseâ€™, events may not turn out as envisaged.

If there is to be a new treaty, then the European question is clearly not an isolated event, and Cameron will have extreme difficulty holding the disparate forces in the coalition together.

Clegg made it clear in an interview that he opposed any repatriation of competences from the EU to the UK. I am sure that would simply be unacceptable to so many Tory MPs that if Cameron agreed a treaty with no repatriation of some powers, he could not carry ratification without opposition MPs. Such a situation would almost certainly lead to a least a vote of no confidence in him taking place, which even if he fought off would leave him deeply scarred.

The main alternative â€“ to emulate Thatcherâ€™s rebate and â€˜get our control backâ€™ over some areas â€“ would create tremendous strain within the coalition. Cameron and Hague might bank on a deal that included withdrawal from the CFP being popular enough with the Cornish Lib Dems (or at least, with their constituents) that thereâ€™d be sufficient pressure to keep both parties on board. But first heâ€™d have to negotiate such opt-outs, on which other EU members, never mind the Commission, wouldnâ€™t be keen.

The third option â€“ to negotiate such a hard line that no agreement was possible â€“ would incur the wrath of other EU members and his coalition colleagues, and lead to renewed market turmoil for which heâ€™d be the fall guy. Such a situation would be close to untenable unless other EU members could clearly be cast as more unreasonable.

Then thereâ€™s what happens about ratification. It would be possible to argue that a treaty that returned powers to Britain need not be subject to a referendum. That might be the legal position but it would be a tough sell to the public. There would undoubtedly be an amendment moved in the ratification debates to hold a referendum and if the government opposed it, it would likely prompt a massive rebellion, leaving Cameron reliant on Labour MPs to see it off â€“ if that was Labourâ€™s stance (Labour and Miliband would have their own dilemma as to what position would be most in their interests).

Winning a treaty referendum â€“ any treaty referendum â€“ with the ICM poll identifying 49% of the population favouring Britain leaving the EU would be very difficult. The government would however be obliged to try; a similar situation to that which John Major found himself in over Maastricht.

It is an extremely sharp set of options and the best solution would be to not get into the position of having to choose in the first place, which implies no treaty at all. But can the Eurozone crisis be finessed without one? On that, the fate of much turns.