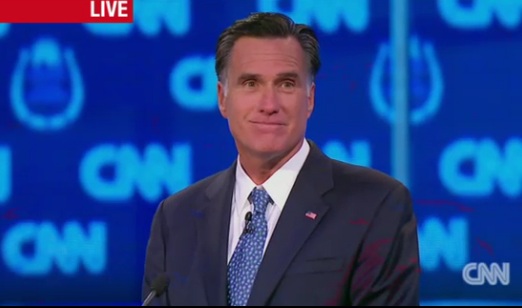 Does Mitt really have a 65% chance of getting the nomination?

Overnight in Las Vegas we’ve had what is becoming almost a weekly fixture – the latest debate between the contenders for the Republican Party nomination for next year’s White House race.

Beforehand the pundits were saying that this was the moment that Herman Cain was going to be “found out”. Certainly he had to face greater scrutiny than usual simply because he’s moved sharply up the polling and at least one survey has him in the lead.

But the focus for attacks was on the current runaway favourite, Mitt Romney, who started the event at a price of 1.53 on Betfair. Those are very tight odds and represent a market assessment that he’s got a 65% chance that he’ll pick up the prize.

I think that the Romney odds have moved in so much that the value bet now is to lay (bet against him getting it) on Betfair – I’ve wagered a four figure sum.

The beauty of this form of bet is that effectively I’m on at nearly 2/1 that it won’t be the front runner – a betting strategy that has been influenced by what I consider was an insightful comment by Edmund in Tokyo in the thread a couple of days ago on Herman Cain.

Edmund wrote: “The primary voters donâ€™t like Romney. Whenever one non-Romney candidate blows up, they move straight onto the next one. Somebody is going to get their votes.”

That hits the nail on the head. There’s a very long way to go in this race and so far, of course, not a single American has cast a vote. At current odds the near 2/1 “It won’t be Romney” bet is where my money is going.
.