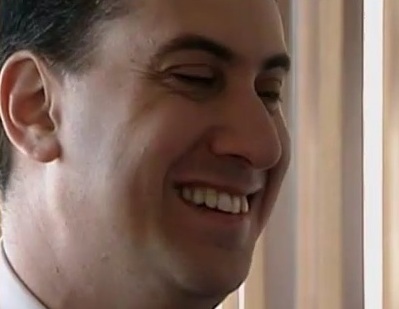 One year in, has he an election-winning strategy?

The opening of Labourâ€™s conference today marks the first anniversary of Ed Milibandâ€™s surprise election victory. That year has had its share of ups and downs – solid and continuing leads in most polls published, healthy gains in the local elections, avoiding blame for Labourâ€™s debacle in Scotland or the AV result for example. Heâ€™s also consolidated his own position as leader and looks well set to lead Labour through to the election. Which begs the question of how he will do so.

This parliament looks set to be dominated by The Economy even more than the last one, with the competing critiques and policies laid out well in advance and sustained throughout the five years. The election will therefore not just be a choice between individuals, parties and policies but a referendum on the judgement of both governing and opposition parties. Unusually, thereâ€™s good of evidence as to what would have happened had the oppositionâ€™s policies been followed as some other countries are doing just that.

In terms of policy, itâ€™s been difficult to discern a strategy. Nominally, Labour is in favour of reducing the structural deficit, though at a slower rate than the government.

In reality, their media message opposes every spending cut and most tax increases, although Miliband has also distanced himself and the Labour leadership from union strike action against those cuts. It is not a model of consistency.

How he resolves that inconsistency is one of the bigger challenges facing him. The strikes this Autumn on pension reform will be harder to sidestep than those in the schools this Summer as the big unions involved are Labour-affiliated and -donating, and yet each time Labour opposes cuts or tax increases, the more likely the question â€˜how would you pay for government spendingâ€™ will be asked. With the Eurozone crisis intensifying and the US having had its credit rating downgraded (and still stuck with anaemic growth despite all that borrowing), simply resorting to spending tomorrowâ€™s money today becomes an ever less credible option.

So far, Miliband seems to have been content to address each issue as itâ€™s arisen and not worry about the larger effect. That canâ€™t continue forever, although it probably can continue for the next year. Sooner or later the spending circle will have to be squared, and in such a way as to keep the unions happy (not just the affiliated ones; even the unaffiliated public-sector ones contain many Labour-voting or -persuadable members), or it leaves the Coalition parties with an open goal.

Popularity between elections certainly beats the alternative: at a minimum it keeps dissent down and puts the other party/ies on the back foot. However, nor is it an end in itself.

This being Rugby World Cup season, as New Zealand has proved over the decades, there are no meaningful prizes for peaking between tournaments. Or elections.