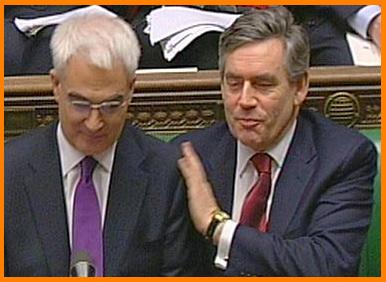 Is this going to make Miliband’s task much harder?

According to Atul Hatwal of Labour Uncut there are about to be some explosive revelations in Alastair Darlingâ€™s upcoming memoir:-

He writes: “.Darling details the total breakdown in trust between the prime minister and chancellor. He singles out Ed Balls and Shriti Vadhera as key Brown lieutenants running what amounted to a shadow treasury operation within government.

Brownâ€™s demeanour was increasingly â€œbrutal and volcanicâ€, mistrusting Darling to the extent that he repeatedly tried to place his own aides in the treasury ministerial team to report back on what the chancellor was doing.

Darling point-blank refused to have the newly-enobled Shriti Vadhera in his team, describing her as â€œonly happy if there was blood on the floor â€“ preferably that of her colleaguesâ€….

,,for the first time, Darling confirms his widely rumoured confrontation with the prime minister in 2009 when Brown tried to sack him as chancellor and offer him another role in cabinet.

Darling refused, making clear he would rather walk out of government than do any other job.

Gordon Brownâ€™s capitulation in the face of this ultimatum was vindication for Darling, who had calculated that the prime minister was too weak to lose his chancellor…“

All this is not going to help EdM’s effort to rebuild Labour economic credibility.