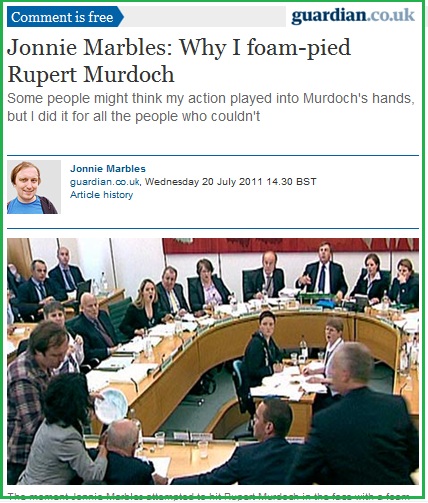 Will this undermine efforts to occupy the moral high ground

Just 24 hours after the attack on Ruperrt Murdoch while giving evidence to the commons committee the Guardian has given a platform to the man responsible, Jonnie Marbles

He’s been given a column in which he seeks to justify why he did it.

I think the Guardian’s move is dumb beyond belief – it looks as though it’s taking its campaign against News International and Murdoch just too far. The paper was way ahead in the moral high ground stakes – why endanger that with such a silly editorial decision?