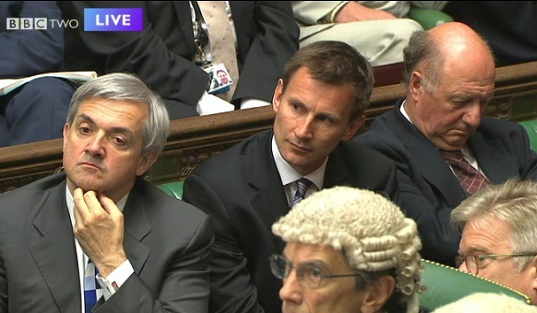 Has David Davis got this one right?

Cameron did well at PMQs in answering Miliband’s points on a public inquiry into the hacking scandal but he was less at ease when pressed over the News International big take over all of BSkyB.

On the face of it the decision this is all going ahead. The decision to allow the deal was taken by the culture secretary, Jeremy Hunt, three months ago and the process is near to completion.

But as former Tory leadership candidate, David Davis, said on the Daily Politics it’s going to look very odd to the general public if the Murdoch is able to complete the deal in the wake of this week’s hacking allegations and the police inquiry.

Davis suggested that Number 10 might be trying to find a solution and I think he’s right. One of the reasons why Cameron is so formidable is that he has very acute political antenna.

This might make a good betting market – will the deal go ahead or not? Â Shadsy?