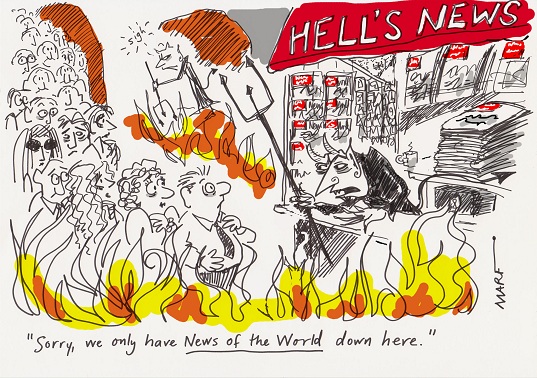 Could the 7/7 victims have been targeted as well?

Thanks to Marf for her take on the developing phone-hacking story which seems to get wider and wider.

SkyNews has been reporting overnight that the father of a 7/7 victim says he’s been told by the police that they’d discovered a file with his phone number and address in it during their investigations into the affair.

This comes on top of the reports that the parents of murdered Soham girls were targeted, as well as Milly Dowler and her parents.

There’s little doubt that this has become a mega-story in a way that the original hacking revelations concerning politicians and celebs didn’t.

We’ll get a better sense of the political fall-out in the commons today with PMQs at midday and also an emergency debate that was granted by the speaker yesterday.

For Labour the challenge is that the reported incidents took place while they were in government. For the Tories, and Cameron in particular, there are the sensitivities over the ex-Number 10 PR chief, Andy Coulson, and the PM’s personal links with another ex-News of the World editor and now CEO of News International, Rebekah Brooks.

If it becomes a partisan party political issue then my guess is that the blue team has most to lose.

This is all playing out against the background of News International’s bid to take full control of BSkyB.