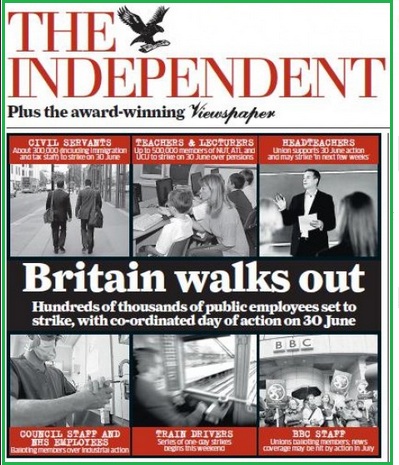 Do the unions scent blood?

One of the downsides about getting a reputation for policy U-turns is that your opponents might think that with a bit more pressure then they’ll get what they want.

If you’ve changed your mind over NHS reforms and relatively minor matters such as forestry policy and school milk then you can see union leaders thinking it will only be a matter of time before pressure on, say, public sector pensions will show a return.

That’s the challenge Dave and his ministers face – they can start to look weak. Is it any wonder then that union leaders think that this is the time to act?

Looking back on the first thirteen months of the coalition policy changes in all sorts of areas were coming thick and fast with perhaps not enough attention always being given to the details and the political impact. The consequence was that some measures have provoked unexpectedly strong opposition and plans were subsequently changed, usually at the behest of Number 10.

If you give the impression that you are a push-over then it’s more than likely that your opponents will try to push you over.