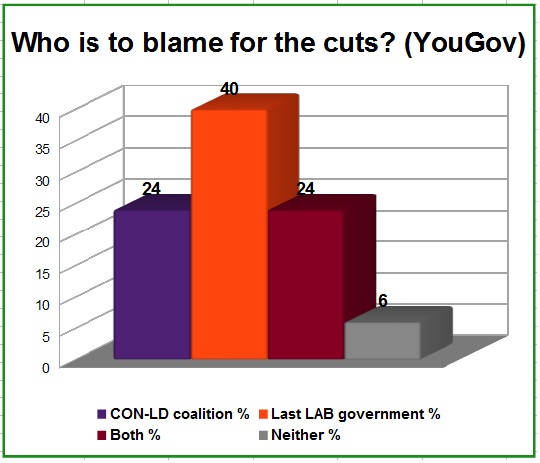 How long can Osborne go on blaming the “other lot”

The June “blame game index” from YouGov is out and has the proportion of those sampled blaming the coalition down two points on May to 24% – the lowest figure since the first week in January.

The last Labour government, meanwhile, is blamed by 40% which is down a point but is still up 2% on what it was in March.

I think that this is a key measure and reflects the challenge that Labour is having getting its message over. It’s hard attacking the government when two out of five still blame them.