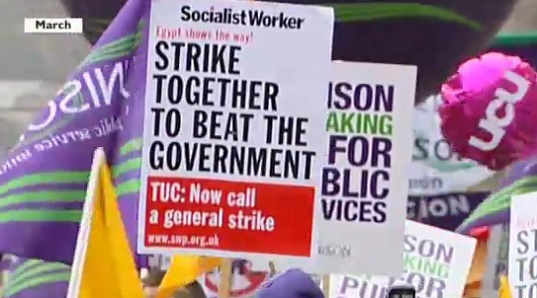 Are pensions the issue that’ll spark off public sector strikes?

Yesterday’s results of strike ballots by the teaching unions, the NUT and ATL, looks set to be followed by other public sector unions opposed to plans to scale back pension benefits

The 92% strike vote by NUT members and the 82% one by the ATL, traditionally the most moderate of the teaching unions, highlights the scale of the challenge. Those are big majorities and ministers could be faced with a serious challenge.

This is hugely contentious area with strong passions on both sides of the argument – both amongst teachers and other public sector workers and those employed in the private sector who have seen their pensions benefits being slashed in recent years. Why should the latter fund the former? Why should those those who’ve chosen to work in the public sector see the benefits they expected being undermined. Not easy.

The question is how will the coalition government handle its first serious industrial confrontation? Will it stay firm to its commitment to scale back the costs of public sector pensions or will, when faced with serious action, stage a U-turn however that is dressed up?

That’s hard to say but it looks as though this could dominate the next few months. My guess is that there will be compromises.

Declaration of interest: I am in receipt of an index-linked final salary pension from my time working in the university sector.