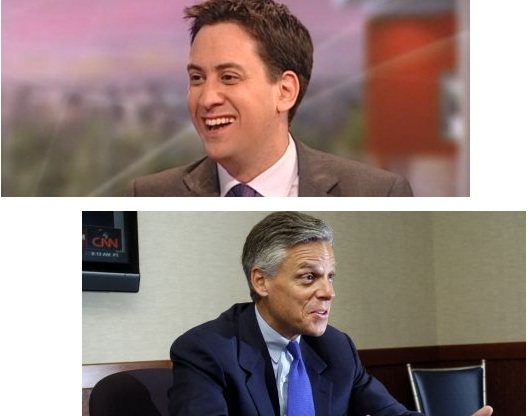 This was Ed Miliband on BBC Breakfast on May 5th 2011

This was Jon Huntsman, third in the betting for the GOP nomination, in New Hampshire yesterday.

"Why am I thinking about running for president I think itâ€™s fundamentally unacceptable that weâ€™re about to pass down our country to the next generation in worse condition that we received it. That is unacceptable.â€

The words are different but the idea is very much the same.