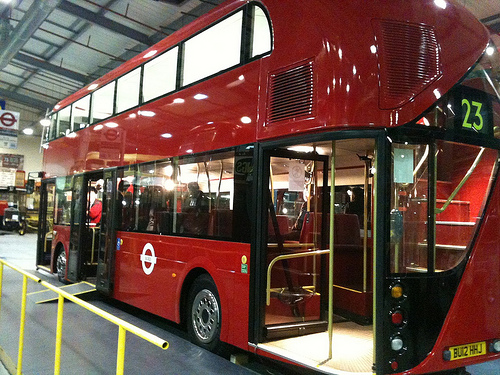 Isn’t this rather clutching at straws?

There’s an interesting piece by the normally reliable Sunny Hundal of Liberal Conspiracy under the heading “Hereâ€™s how Boris will lose the London Mayoral election”.

Sunny’s main case is about the cost of the replacement for that London icon known throughout the world – the Routemaster bus.

"Consider this. Last week Boris unveiled the new Routemaster buses..Know what the full cost was? They cost Â£7.8 million for just five of them. In contrast a normal double-decker costs just Â£190,000. He says the cost will be significantly reduced if hundreds start going into production but that isnâ€™t going to happen any time soon..Mull on those figures for a bitâ€¦. each of those buses cost Â£1.56 million. That the whole project was a colossal waste of money doesnâ€™t even begin to cover it. And remember that Boris made his vendetta against â€˜bendy-busesâ€™ a centre-piece of his 2008 campaign and vowed to replace the old Routemasters with something new."

Sunny’s “big idea” is to focus on Johnson’s alleged financial excesses using the cost of the bus as the symbol for what he says is going wrong.

Clearly at this stage the first buses are going to cost a lot – but once these are in production then surely there will be the economies of scale.

On the betting markets Boris Boris has become an even stronger favourite. I believe that Ken has far too much history to be a credible candidate. Someone like John Cruddas would have given Boris a run for his money.