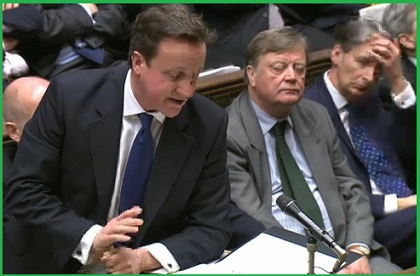 A victory for EdM this week

As predicted here last night Ed Miliband used his PMQ opportunity this week to open the potential split within the coalition on the NHS changes and put Cameron on the spot over what’s being proposed.

The PM’s lack of response to Miliband’s point about the NHS being opened up to EU competition law was very telling. It appeared that he was not up to speed on what’s in the government’s bill.

The danger for the Tories is that the “NHS is not safe in their hands” has been a central part of Labour’s rhetoric for decades and the polling suggests that it resonates. The result is that it’s much harder for the blues to bring in change and the case needs to be presented very carefully.

I think GIN, who is no friend of Labour, summed this up right on the previous thread:-

“…on this NHS reform Iâ€™m seriously concerned. Whether Tories want to admit or not the NHS is a cherished institution for the British people and if your going to carry out big reforms, youâ€™d better have a decent, coherant reason for doing it. I was willing to give the government the benefit of the doubt, but seeing Cameron waffling away today, seemingly unable to explain what heâ€™s doing or why heâ€™s doing it, has left me worried.”