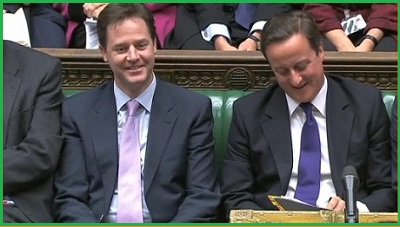 It has been a truly dire week for the Liberal Democrats. It became clear that the AV referendum could fail, now that No2AV is making progress in the polls. The party fell from second to sixth in the Barnsley by-election; an incredibly poor result, perhaps without precedent. More worryingly, the election also saw UKIP emerge as a plausible third party choice and apply pressure on the coalition from the right. These are dangerous times for the Lib Dems. If this pattern continues to May, what are the implications for Nick Clegg? Could transform politics again?

If the AV referendum fails, it will be a personal defeat for the Lib Dem leader. The vote was the most prominent Lib Dem achievement in last yearâ€™s coalition agreement. It was obtained at a price. Rather than negotiating a middle way on tuition fees, the party decided to invest its political capital in obtaining the AV vote. If the vote fails, surely the Lib Dems will have wasted a big opportunity. Questions will be asked about the wisdom of betting everything on a policy many Lib Dems do not support.

If we believe the polls, many Lib Dem councillors are about to lose their seats. For a party built solely on grass roots activism this is dangerous. The generation of founding Lib Dem members, who created the party from nothing in the 1990s, are getting tired. As David Herdson pointed out, the once brilliant Focus leaflet machine is not what it was. A serious reversal could finally knock the stuffing out of this once formidable grassroots campaigning party. Nick Clegg will have some pretty grumpy activists to deal with after May.
Nick Cleggâ€™s position is built on his relationships with David Cameron and senior cabinet colleagues. Failure in Mayâ€™s elections will put them under stress.

Cleggâ€™s relationship with Cameron is the cornerstone of the government, but we do not see them together much these days, perhaps due to the AV vote. Failure in May could prompt senior Lib Dems to demand a more independent approach. Right wing Tories, facing pressure from UKIP, could urge Cameron to steer a eurosceptic course. Keeping the ship together will be hard. Life inside No 10 could be rather unpleasant.

Ultimately, Nick Cleggâ€™s future rests on his own ambitions. His place in history is already assured. Facing regular embarrassing electoral defeats, he may conclude that there is little more he can achieve in UK politics.

No doubt he is personally committed the coalition he conceived, but if he decides its future is best served by someone else in charge of the Lib Dems, he may offer himself as a safety valve and walk.

Unlike many of his peers, Clegg has always come across as someone with a life outside UK politics. He surprised us all in the debates and has already changed UK politics forever. Could he do it again?

(Jonathan, a Labour activist from West Sussex, contributes a weekly column to PB. This piece should have been published last night but I did not not get it set up in time – MS)