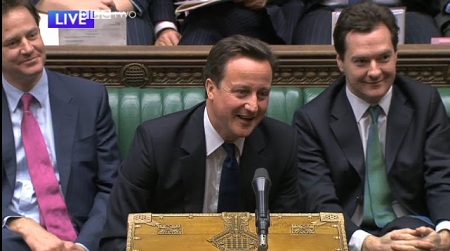 How worried should the government be about Interest Rates?

The era of ultra low interest rates appears to be coming to an end. Recently, analysts have claimed that rate rises are now not only possible but â€œinevitableâ€. How dangerous is this for the government? We got used to low and stable interest rates under Labour. If rates rise, it will undoubtedly come as a shock to many. But there are also increasing numbers of people who will benefit. Is the assumption that rising interest rate are politically damaging correct?

Families are having a hard time. They already have little disposable income due to rising prices. The budget is going to increase the pressure. Ken Clarke recently sounded a warning that middle England is unprepared for how hard it will be. He is right and families are particularly vulnerable. Under this government they are facing a triple whammy of higher tax, higher education costs and lower child allowances. If interest rates go up, it could be the final straw. Many will suffer serious financial stress. The government could be rather unpopular with anyone with a mortgage and 2.4 children.

Conversely, the baby-boomer generation might welcome an interest rate rise, even if their children are worse off. There are plenty of wealthy 60-70 year olds who have paid off their mortgages. This generation, often supported by final salary pensions, have accrued significant assets. Rather than working against them, higher interest rates could actually boost their incomes. This is a significant change from recent decades where they were the ones paying the mortgages. Since baby-boomers vote more often than their children, the political risks of higher interest rates might be overstated.

No-one should underestimate the baby-boomers. They have dominated politics since the 1960s. Long-standing political assumptions about interest rates may be wrong. This is something that both the opposition and the government need to understand. However, the government would be unwise to rely on baby-boomers completely.

A run on the bank of mum and dad might not be appreciated. Also we have seen that the Internet is giving the younger generation a louder voice. Is it possible that, for the first-time, the baby-boomers could be outgunned politically by a coalition of vocal Netmums and Facebookers?

Jonathan is a Labour activist from Sussex