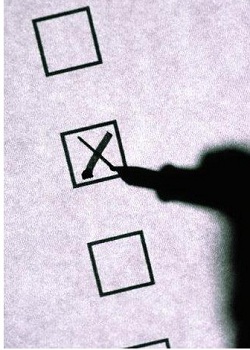 Social Democracy has been the dominant political philosophy in Western Europe for the past 50 years or so, and has been influential in the rest of the Western World over the same period.

A political philosophy is dominant when even its opponents are obliged to accept its fundamental beliefs, in order to get elected. Essentially, Social Democrats (unlike more traditional Socialists) believe that there is no need for governments to take direct control of private enterprises, when they can be taxed heavily to provide the revenues that the government needs to redistribute wealth from rich to poor, and to build lavish welfare states. And at the same time, they can be regulated, to achieve the ends that Social Democrats value, such as equality of outcome between the sexes, and between different ethnic groups, high standards of health and safety, and generous levels of employment protection.

No mainstream centre-right party in Western Europe would argue against any of this, Most politicians would accept that governments should spend 40-50% of national income and that government is a force for good, rather than a necessary evil. Hence, Social Democracy is dominant.

Recently, however, its dominance has come under threat.

For a start, Social Democratic parties have started to perform badly in elections. Sweden, the birthplace of the movement, saw a centre-right government re-elected last year, while the Social Democrats secured their worst result for decades. In this country, last year, Labour saw its support reduced to its lowest level since 1983 (itself, the party’s worst result since 1918); in Germany, the Social Democrats performed dismally in the general election of 2009. Even as the German government’s popularity has waned, so has that of the Social Democrats, with parties to the left of them gaining ground. In Spain, the right looks set to regain control at the next general election, and in Italy, the left seems incapable of taking advantage of the embarrassment caused to the right by the antics of Silvio Berlusconi. Almost every recent general election has seen the right gain ground at the expense of the left.

Put simply, globalisation has overturned the assumptions on which Social Democracy is based. Social Democracy is a philosophy for good times. If economies expand rapidly, the government derives huge revenues, and can spend them as on what it views as socially desirable ends. For decades after World War II, output per head grew at annual rates of 2 – 4% across Western Europe, meaning that almost everyone could expect to be much better off than their parents were. The rich could still get richer, even if they were heavily taxed. Businesses had nowhere else to go, apart from North America, Japan, or Australia. But now, growth has slowed to a crawl. Over the past decade, annual growth in output per head has ranged from -0.3% in Italy, to 0.9% in Germany, among rich countries, its lowest level since the 1940s. At the same time, growth per head has surged in emerging economies like China and India, in rich East Asian countries, like Taiwan, South Korea, and Singapore, and across the former Warsaw Pact countries. Skilled workers in Western Europe have never found it easier to migrate to lower tax countries, while businesses can easily shift production to countries where taxes and wages are lower, regulation is less, and where (in some cases) standards of education are higher.

How should Social Democracy respond to this. One option is simply to become a kind of lost cause society, insisting that its philosophy is correct, and the rest of the World is wrong. More likely, Social Democratic parties will have to adapt to a new World order, and accept that they can only win elections by proposing policies that they would have considered appallingly right wing, a few years previously.