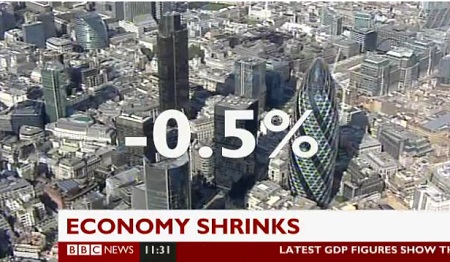 Does he need a more sophisticated response?

We all remember how Gordon Brown and others responded in the final days of the last government whenever issues over the economy were raised. “It all started in America” we were told time and time again to the extent that it became a bit of a joke.

I just wonder whether George Osborne is making a similar error with his response to the latest growth numbers showing a decline in Q4 2010. Sure the terrible weather in the final five weeks of the year played a big part as has been acknowledged – but that was not the whole story and even without that the trend was flat-lining.

So to keep on saying “the weather”, as he’s been doing this morning, might not be enough.

And what happens in April when the Q1 2011 numbers come out just before the key elections on May 5th? If it’s still flat-lining then he could be facing more serious questions.

The fact is that the coalition has taken the country on a specific course that’s going to provide plenty of openings for “Bruiser” Balls. Maybe a different tone was required this morning?