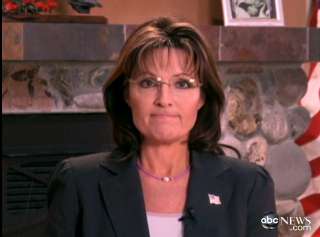 A Sunday slot on next years’s White House race

Whilst in the UK we’ve been focussed on the OE&S by-election, we have overlooked the dramatic events in America. Since the midterms, Obama has made a quiet comeback. He looked presidential this week and has recorded his first net approval ratings in months. In the meantime the GOP, who should have been celebrating control of the house, is on the back foot. What is really going on and what are the implications for 2012?

Before the events in Tucson, Obama had been making a quiet comeback from his defeat in the US midterms. The trend was spotted before Christmas by US political pundits. Charles Krauthammer in the Washington Post cited the presidentâ€™s tax cutting programme as the start of a comeback. Even Carl Rove had to concede on Fox News that the president was in a much better position than he was. With significant victories such as the repeal of â€œDonâ€™t Ask, Donâ€™t tellâ€, it is clear Obama has made progress. It is not a surprise that his approval rating has improved.

In the meantime, as Jonathan Freedland points out in the Guardian, this was supposed to be â€œthe Republicanâ€™s weekâ€. The GOP controlled House of Representatives was set to welcome its new members. It was to be a celebration for the right and a launch pad for 2012.

Instead, following the tragic events in Tucson, the Republicans are on the defensive. Sarah Palin was forced to intervene. However, her remarkable performance on Facebook raised as many questions as it answered. Whilst she clearly has the political X-Factor , her inexperience showed. Rather than removing criticism of the right, she created a new political storm.

So what are the implications of all this? The Republicans and Sarah Palin have sustained damage. They will need to find a new approach and that will not be easy. There are now questions over Sarah Palinâ€™s ability to lead and the contrast with Obamaâ€™s deft performance could not have been clearer. She was not presidential this week.

Meanwhile, Obama has demonstrated for the first time the vital political ability to turn things around. He looks much more at ease in the White House. Whilst itâ€™s still a long way to 2012, an Obama second term looks much more likely than it did. Whereas who will challenge him looks less certain. What do you think?

Jonathan, a Labour activist from West Sussex, writes a weekly column on PB