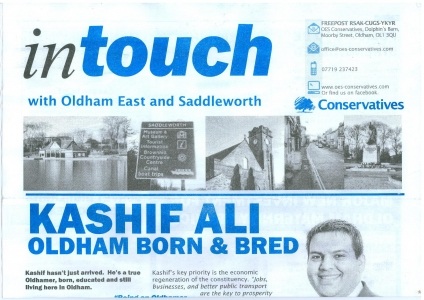 Why are all the new Ladbrokes accounts being opened?

According to Ladbrokes Tories have been backed to win the Oldham & Saddleworth by-election by mystery political punters in an eleventh hour gamble.

They report that several new accounts have been opened in the Oldham area with the new punters eager to bet as much money as possible on an incredible Tory triumph. The Conservatives had been as big as 100/1 before the shock plunge – which has seen their odds collapse to 25/1. Labour remain solid 1/16 favourites with the Lib Dems at 7/1.

Betting insiders think that this is a clumsy attempt to influence perceptions of the election? For they’ve only focussed on one bookie and ignored Betfair where you could have got 550/1 against the blues this morning.

Will we see reports of the Ladbrokes odds appearing in the final leaflet from one of the campaigns? Maybe then we’ll get an idea if this does have a political dimension.