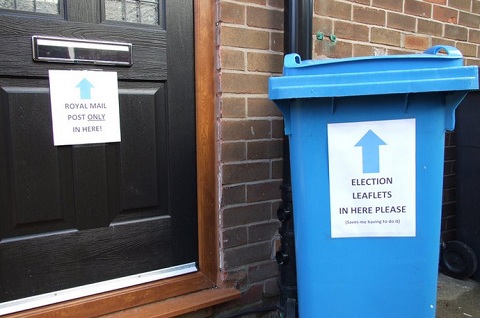 What can be done to get more people voting?

As the Oldham East and Saddleworth by-election reaches fever pitch, I wanted to use my regular slot to rant about turnout. A truly fascinating subject, I am sure you agree! How many electors do we think will vote next week? Does it really matter if the turnout is low? And if it does, should we be doing anything about it?

At the general election, turnout in OE&S was 61.2%, just below the national average. On Thursday t will be lower. On a cold, dark January night many will stay at home. The current weather forecast predicts rain. However, the election is competitive and controversial. Therefore turnout should be above the 20% seen when Hilary Benn won Leeds Central in 1999. Letâ€™s be generous and predict that turnout reaches 40% next week.

If it does, is that acceptable? Will it matter that 60% of the electorate didnâ€™t vote? Whoever is celebrating on Friday will only have won the support of a fifth of the electorate. A whopping 80% of people will have stayed at home or voted for someone else. As a democrat, I am bothered by that. The problem goes beyond byâ€‘elections. At the general election 75% of the electorate did not vote Conservative. No wonder people complain. What can we do to fix this?

AV is mentioned as the cure to all of our ills. Would AV have fixed this? Probably not. AV is designed to ensure that MPs are elected with 50% of the vote, not 50% of those eligible to vote. Under AV it will still be possible to become an MP with only 15% of the people behind you. Supporters of AV suggest that in safe seats, previously indifferent voters will flock to the polling booths because their third preference could count. I am not convinced.

We have to do better. It is dangerous for politics to be dominated by an increasingly unrepresentative minority. Democracy only works if everyone is involved. I am against compulsory voting, but isnâ€™t it time for us to go back to voting at weekends. Or, for general elections, why donâ€™t we have an extra bank holiday. If we can celebrate a royal wedding, surely we can celebrate our hard won right to vote as well? We would all be better off in the long run and it canâ€™t hurt to try. It would certainly be more effective than AV. Perhaps you have a better idea.

Jonathan is a Labour activist in West Sussex