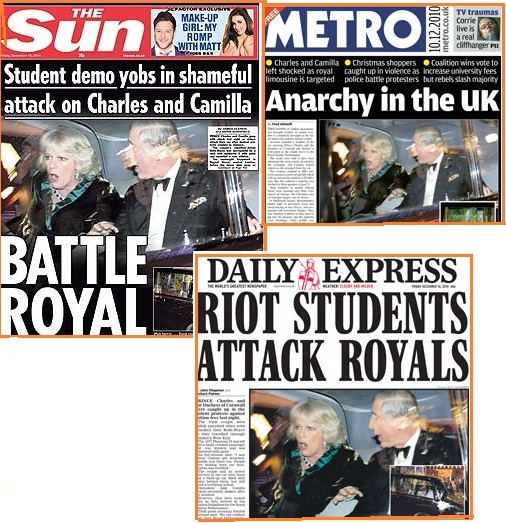 What’s the political impact of the troubles on the streets?

A main reason the Lib Dems were keen to get the fees vote over and done with as soon as possible was that they can put it behind them as the narrative moves on which, thanks to the riots, it certainly is doing.

The split on the issue has happened but the party’s government ministers stuck with the policy and the overall number of yellow MPs voting for it was higher than expected. The semi-detached former party leaders from Scotland, Campbell and Kennedy, voted against as did a number of MPs from university seats alongside the new party president, Tim Farron, who sees his future as a post-coalition leader.

The oscillating YouGov daily poll saw the Lib Dems move from Wednesday’s disastrous 8 percent level to a more comfortable 11% – though still out of line with the rest of the polling industry. The latest Politicalbetting All Pollsters’ Average (PAPA) has CON 36.8%: LAB 39.2%: LD 12.8%.

The big question is if and how the troubles on the streets are going to change the debate. Are we seeing a “clash of the generations” or is this something that will subside?

The coalition strategy on coming into office was to pack all the bad news and difficult decisions into the first eight months. Now the hope is that in the new year things will be a bit easier though in January, of course, sees the VAT rate going up to 20%

Although it won’t stop the troubles on the streets what ministers need to do is to avoid in the short-term things that could be potential flash-points. The peg for yesterday’s demonstrations was the commons vote and if they can steer clear of obvious potential pegs in the coming weeks then that could dampen it down.

In the short-term all the focus will be on the security implications and the political reaction to last night.