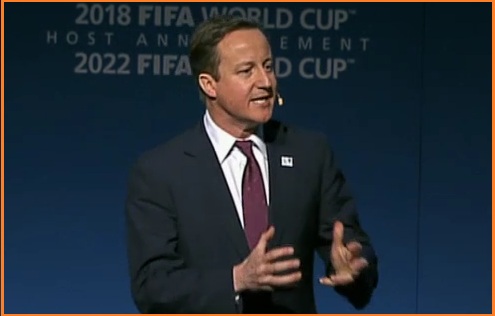 What’ll be the political affect of the decision – win or lose?

In just under an hour the voting by FIFA on the venue for the 2018 World Cup will be announced in Zurich after a morning of presentations and a remarkable Tweet by Ed Miliband’s chief media spokesperson, Kate Myler. In it she accused the Prime Minister of “pimping himself out in Zurich..” – a quote that’s likely to be repeated back at the opposition leader time and time again.

To describe Cameron’s role in these terms says a lot about the state of mind within Ed Miliband’s inner circle. It looks as though they are completely psyched by the Tory leader.

But that’s an aside. The big question is whether England’s bid will succeed and what the political fall-out will be?

Not long to wait.

UPDATE: Ed Miliband’s office has asked me to make clear that the comment was made in Kate Myler’s personal capacity on a Twitter account that is only open to her followers.