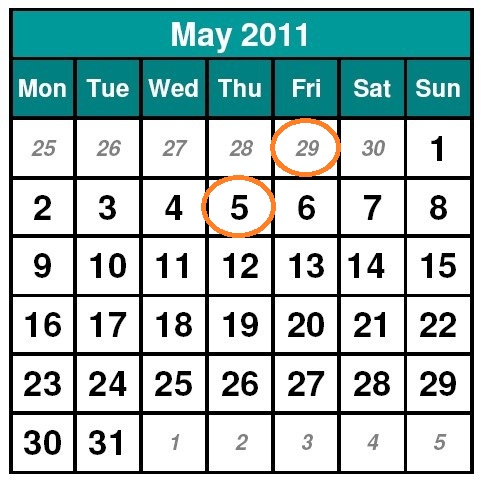 Should the electoral calendar have been taken into account?

So now we have the day for the royal wedding – and the plan is to stage it on Friday April 29 just before the May bank holiday so many people will gain the benefit of a long weekend.

But what’s it going to do campaigning for the elections due to take place on May 5th?

That day sees voting right across the UK with the av referendum, the four yearly election for the Cardiff and Edinburgh parliaments, as well as local elections in many parts of England.

This has been seen by many as the key electoral test for the coalition – what’s staging the royal wedding so close going to do to the outcomes?

At the very least it will close down one or two key campaigning days which might inhibit turnout. It will also act as a distraction particularly in the referendum campaigns. It’s hard to say who’ll benefit most – those in favour of change or not.