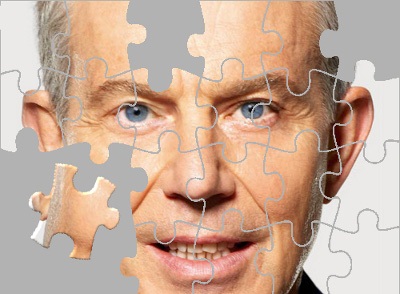 These are exciting times for Labour. The party has four and half years to rebuild its support. It may seem like a long time, but it isnâ€™t. There is not enough time to start from scratch. The party has look to its past, discover the best bits and use them as the foundation for something new.

The Blair years are a sensible place to start. Whether you were a Blairite, a Brownite, â€œNew labourâ€ or â€œOld Labourâ€ there is one unmistakeable truth. Tony Blairâ€™s Labour won elections. Labour would be mad to ignore this fact. Ed Miliband needs a good proportion of Blairâ€™s 13.5 million supporters to vote Labour again. Can Ed reconnect with them by rediscovering the best bits of Tony Blair?

Obvious candidates stand out. Under Blair, Labour consistently supported â€œhard working familiesâ€. The Coalition does not appear to be family friendly. By cutting tax credits, benefits and increasing student loans, they have presented Labour an opportunity.

Labourâ€™s positive record on schools and the NHS is definitely a foundation for new policies. Labour started devolution; it should finish it. It should follow up the first steps it took towards green politics under Blair. Labourâ€™s reputation on crime undoubtedly has potential. And we should not forget that in the 1990s Labour won the economic argument in opposition. Despite the credit crunch, Labour is stronger economically than it was then. Labour can learn from Blair and Brownâ€™s period in opposition.

Blair leaves questions as well as answers. By dramatically describing the Iraq war as a mistake, Ed Miliband has already committed Labour to a new foreign policy. The Coalition, by implementing Labourâ€™s policy linking pensions to earnings, has left Labour needing something entirely new to say. And housing is a pressing issue where the Blair years do not offer obvious solutions.

Whatever you think about Tony Blair, Ed Miliband undoubtedly has something to build upon. Unlike previous Labour Leaders, Ed knows that Labour can win big majorities. His challenge is to correct Blairâ€™s mistakes, fill the gaps where Blair is out of date and present something new. Other periods of Labour history and global politics may hold the key. Weâ€™ll have a look at them in future posts.