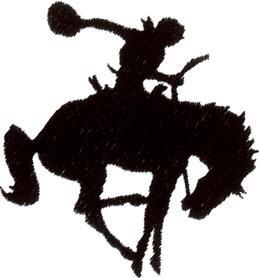 by Jonathan with his Second Sunday Slot

As the shockwaves of the credit crunch reverberate around the world, anger dominates the political agenda. Faced with public outrage, what should a politician do? Should they fight it, ignore it or try to re-direct that energy into the ballot box?

The Tea Party proved that angry politics can work. The Republicans successfully harnessed anger over the economy to win control of the House. It was a remarkable turnaround considering the extent of their 2008 defeat.

Wednesdayâ€™s NUS protest showed that angry politics carries risks. Violent minorities can manipulate events for their own ends. Politicians get burnt if they stray too close to the mob.

This underlines the cleverness of the tea party movement. By staying at arms length, the mainstream Republicans were protected. They hoovered up Tea Party protest votes, but retained their image as a serious party of government.

In the UK, the new government is already the butt of public anger. The cuts agenda has left many fearful of their future. Significant policy uâ€“turns on child benefit and tuition fees have disenfranchised influential groups.

Liberal Democrats, unaccustomed to power, are finding it hard to adapt. Despite Cleggâ€™s signals before the election that he preferred Cameron, left-wing voters cannot forgive him for backing the Tories. Students and their parents certainly did not vote Lib Dem to increase their tuition fees. It will be hard for Clegg to regain their trust. Heâ€™s in a tricky position.

The Tory vote appears to be rock solid. This is the source of the governmentâ€™s strength. At present, the Tories are able to ignore opposition and pursue a radical agenda. But is this sustainable? Will anger eventually overcome the government as it did in the US? Or will rising prosperity disarm the opposition?

Labour faces the biggest challenge. The party has to bury its own frustration at losing power. It has to deal with anger about its record and make a fresh start. But should it also try to recreate the success of the Republicans? Can Labour channel public anger safely into the ballot box, whilst providing a government in waiting? Or is it just too dangerous and in any case will public anger with the government last until 2015?