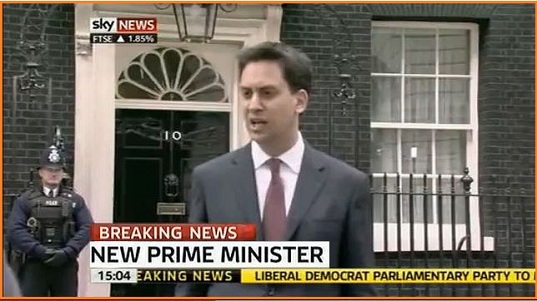 Sunday nights are Labour night! Over the next few weeks, Iâ€™ll be writing posts from a left wing perspective. Hopefully this will compliment our excellent right wing posters such as David Herdson.

To start, we need to face facts. The left faces a significant challenge today. Since the late 1990s, we have suffered reversals. We hold power in just three out of the ten democracies below. Where the left are still in power, they have problems. In the US, President Obama now cohabits with a belligerent Republican House. Who knows how long Julia Gillard will survive?

So, out of these ten countries, how many will the left govern in 2015?

The War Room, a film about the Clinton campaign of 1992, prompted me to ask the question. As a left winger, it was inspiring to see James Carville challenge the right and win. Can it be more than nostalgia? The film underlines what it takes to win. Clintonâ€™s rigorous economic argument was convincing. And you cannot fail to be impressed by the teamâ€™s discipline and courage. It was audacious to take on and defeat the Reagan-Bush Republicans.

Ultimately, Clintonâ€™s victory inspired the left to dominate Western politics for a generation. The third way model was the only game in town until the right found â€œcompassionate conservatismâ€. We forget how much Blair owed to Clinton.

Obamaâ€™s victory in 2008 has not yet had the same impact. If anything, he has revived the American right. Perhaps this is to due to the unique, unrepeatable circumstances of his victory and the gruesome economic weather he navigates.

The left has to relearn the lessons from 1992. We need renewed courage and a compelling narrative. We have to win the economic argument. Obama clearly has the talent to fight back to a 2012 victory. He could easily turn the tide. At home Ed Milliband has started to forge a fresh direction for Labour, but has a lot to do. In Europe, the tired Sarkozy could lose to DSK.

Can the left dominate once again? Itâ€™s a big ask, but the left have come back from worse. Clinton proves it can be done. What do you think, how many countries will the left govern in 2015?