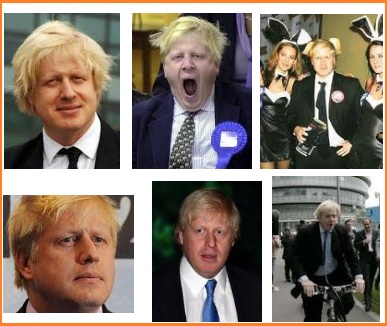 Is outspokenness an underrated quality?

Boris Johnson is probably not the most popular figure with Conservative high command just at the moment given his comments about the proposed Housing Benefit changes. Not only has he very publicly gone against the party line but he used pretty powerful language in doing so.
Itâ€™s not the first time Boris has had to moderate or clarify the colourful language heâ€™s prone to employing. In the past, heâ€™s managed to stir up controversies with – amongst others – Jamie Oliver, Sir Ian Blair, Liverpool, and Papua New Guinea. And yet despite, or perhaps because of, these indiscretions, he remains a popular character and personality.

His Labour opposite number in both the 2008 and 2012 London mayoral election can hardly be considered the sort of typical career politician either, the sort who seeks advancement through keeping in with the whips, saying the right thing and remaining on-message. Again though, while that brought him enemies, it also built him a sufficient following to win the first mayoral election as an independent, against the more traditional candidates of the party machines.

The simple fact is that the public seem to appreciate outspokenness, within reason. Iâ€™ve direct experience of it in my own constituency, Shipley. Philip Davies is another MP with an independent mind and achieved a swing of nearly 10% this year, his first re-election campaign, increasing his majority from a few hundred to almost ten thousand. While few people agree with him on everything, one message that came across from voters was that many respected him for saying what he thought, and also for his commitment to his constituents.

That final pointâ€™s an interesting one. Not all maverick MPs have a high local reputation but many – probably a disproportionate number – do. They should do as itâ€™s their only real powerbase; their party centrally will offer no great protection. In addition though, with less interest in climbing the political ladder through patronage, thereâ€™s never really a dilemma for them if thereâ€™s a constituency versus party question. Their independence gives them a greater ability to speak out. Whether it gives them greater influence is a different matter – those more â€˜inâ€™ with their party establishments will argue that very fact helps them to achieve things, though they donâ€˜t convince me.

However, even if the public do like politicians who say what they think, outspokenly and with a freedom beyond the norm, their parties donâ€™t. The hierarchies have always, understandably, been suspicious of those working outside the framework but New Labour increased the degree of central control exercised – and self-discipline expected to be exercised – and other parties have since followed suit. To some extent, they have a point. Mavericks donâ€™t often make good ministers, but then parliament should be more than a pool of prospective ministers.

A big question the parties have to ask themselves is where the next Boris Johnson or Ken Livingstone is coming from? What are they doing to develop or recruit them? Because politics would not just be a duller place without their like but a worse place too.