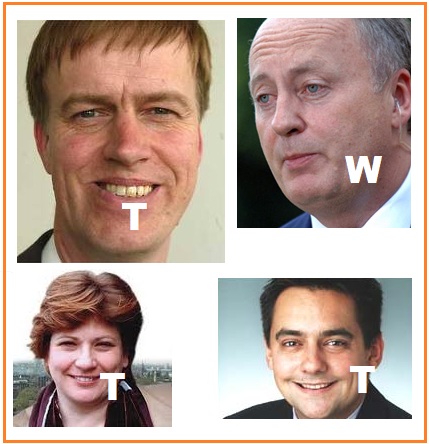 Are these four the victims of alphabetical discrimination?

One of the extraordinary features of Labour’s shadow cabinet election is that all the nineteen winners had surnames starting with letters in the first half of the alphabet.

So highly competent MPs such as Stephen Timms, Sean Woodward, Emily Thornberry and Stephen Twigg did not manger to garner enough votes to make it across the line.

It’s a well-known electoral phenomenon, particularly when you have a long list of candidates, that those who are in the top part of the ballot paper do better than those towards the bottom. This is seen time and time again in multi-member council wards where there might be a dozen or more candidates. Generally within each party slate those towards the top of the ballot paper do better.

It’s all down to human nature and laziness. Basically when faced with a long list and a lot of choices some voters can’t be arsed going down the full list.

You would expect, however, Labour MPs to act differently and give the shadow cabinet ballot the attention it deserves even though they were faced with a list of 49 possibles of which they had to choose nineteen. Alas those towards the end of the ballot paper suffered and Ed Miliband’s “New Generation” does not embrace those with surnames beyond M.

I have little doubt that there would have been a different outcome if the candidates had been listed in reverse alphabetical order.