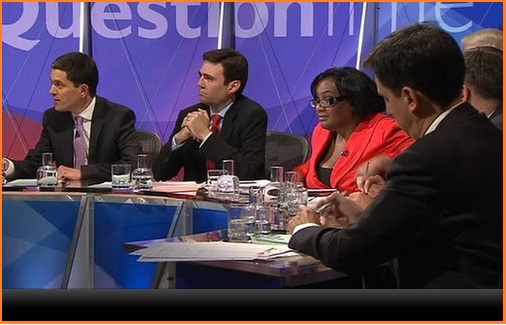 Would he have fared better without her on the ballot?

In early June when David Miliband announced at the last minute that he would nominate Diane Abbott there were those who declared this a master-stroke.

For it was argued that the presence of a black woman on the ballot would divert votes from his brother making the latter’s task that much harder. This is how the Indy on Sunday’s John Rentoul described it at the time:

..”What she will do, of course, is take votes away from the most left-wing of the other candidates…It shows a flash of steel in David Miliband. The former foreign secretary has been unfairly cast as a serial bottler, for not challenging Brown for the leadership on a number of occasions when he would have failed to dislodge him because Labour MPs were too fearful. Now he has shown a streak of ruthlessness in claiming the mantle of pluralism while at the same time weakening his brother’s chances…”

I questioned John Rentoul’s thinking then and just looking at the detailed numbers there’s a strong argument for saying that the presence of Diane Abbott on the ballot cost DM the election.

Did the presence of Diane on the contenders’ list cause members and trade unionists to vote when they might not have done so thus increasing the overall proportion of anti-DM voters?

Diane did best of all in the trade union section where she came in a creditable third place ahead of Ed Balls and well ahead of Andy Burnham. But because she was bottom overall her votes were the first to be allocated according to the preference order. It also mean that when it got to the final round the fourth preferences of those putting DA first were reallocated.

We know from the YouGov poll of trade unionists, the one that proved to be pretty accurate, that Diane Abbott supporters were more likely to have voted early. Thus 43% of those DA backers interviewed had already voted a proportion that was only bettered by EdM’s 49%. By contrast at that stage just 35% of those saying they were voting DM had got their votes in.

So Diane Abbott’s voters were more motivated to vote and the results show that they were more likely to place Ed Miliband ahead of his brother in the preference list.