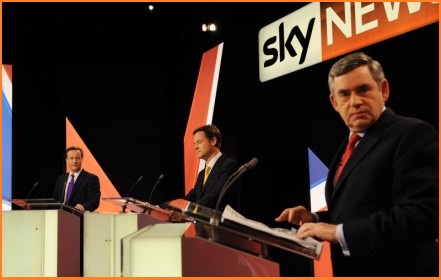 Is this the problem with policy-making on the hoof?

Cast your minds back to Tuesday April 22nd when Adam Boulton of Sky News was moderating the second leaders’ debate in Bristol. A week earlier Nick Clegg had suddenly burst onto the scene with his first debate appearance and the polls had changed dramatically.

The general view was that Cameron had performed below par and the pressure was on him to do much better. In the second debate he was clearly determined to perform well and the issue of Tory plans on a range of pensioner benefits came up.

This morning the Telegraph is reporting that ministers are plan to raise the qualifying age from 60 to 66 and to reduce the amount that’s payable each year.

Currently this is a universal benefit paid to all households where there’s somebody of 60 or above – it costs Â£2.7 billion a year. Even those who are still earning get it. There is no means test.

At the time it was felt that Cameron might have gone too far in making the commitment – but this was in the heat of a critical TV debate.

No doubt ministers will argue that the benefit itself is not being abolished – but this look like one of those issues that could be raised time and time again.