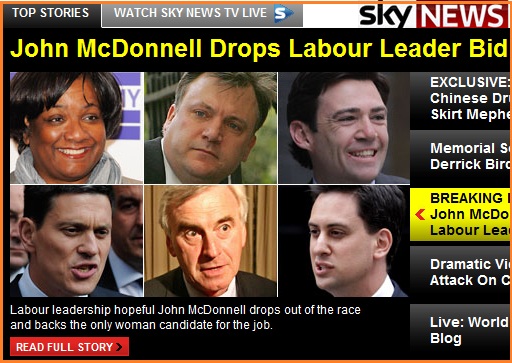 As he had always said he would if he thought his withdrawal would help get a woman contender onto the ballot John McDonnell has quit the Labour race thus releasing those who have nominated to support other candidates.

Whether all those who had gone with McDonnell will follow his lead we will have to see – but it’s looking likely that a total of five will have reached the 33 total by 12.30pm.

She’s now at 90% on the Smarkets political betting exchange.