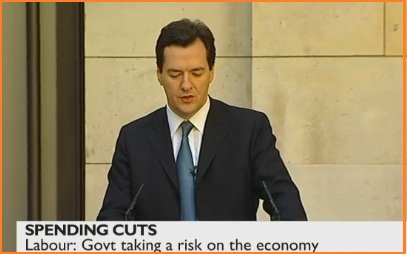 Is this big challenge for Osborne/Laws?

With public spending cut-backs going to dominate the political scene for the foreseeable future it was inevitable that the the George/David coalition du0 made a strong point of blaming Labour. Liam Byrne’s joke letter to David Laws was an absolute gift and is being used by politicians and the media alike.

For the longer the coalition can go on holding the outgoing government responsible then the easier it will be politically. But however successful they are there will come a time when they will shoulder the blame.

What’s helping at the moment is the lack of a strategic direction from Labour which, of course, is without a permanent leader. But why haven’t any of the contenders been prominent this morning? This would have been a natural for Ed Balls.