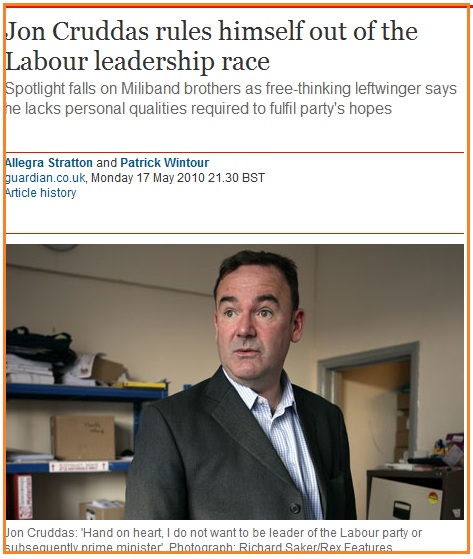 Could we end up with only the Miliband brothers?

The Guardian is running a comment column by John Cruddas ruling himself out of the race.

The Dagenham MP who came in third in the 2007 deputy race was seen as a possible outsider helped by the fact that he refused to serve in the Brown government.

This will shake up the betting. My guess is that it will help Ed Miliband.

With Ed Balls said to be concerned about running and losing it’s starting to look as though the next Labour leader will be called Miliband.