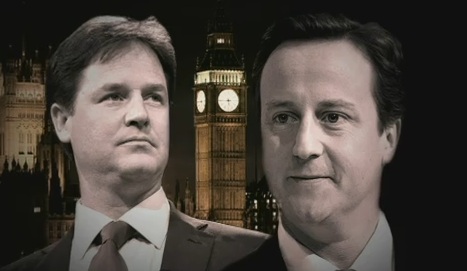 We’ve now got more details of the “deal” struck between the Tory and Lib Dem negotiators over four days of talks and which sees Nick Clegg becoming deputy PM and four other members of his party joining the cabinet.

There’s also agreement on a range of key policy areas where the two parties differed.

I wasn’t expecting that number of Lib Dem cabinet ministers though there’s little doubt that the government will benefit from the addition of highly capable people like David Laws who has played a key part in the negotiations.

So who won the negotiations? Was it Clegg or Cameron or in the spirit of the “new politics” should we even be asking the question?

We’ve only had details for an hour or so. What do PBers think?